Anywhere I can think of I can go, because in Microsoft Flight Simulator the entire world is literally at your fingertips. It seems unbelievable, but as I spin a 3D globe around I realise that I can drop my plane anywhere on Earth and, after a short loading screen, start flying. This is possible because the game generates its world using satellite data pulled from Bing Maps. But you aren't just flying over a flat texture: the engine takes this map data then intelligently fills it in with trees, water, buildings, and even little details such as traffic on the roads. Elevation is rendered accurately too, resulting in towering mountain ranges and yawning valleys.


When Microsoft Flight Simulator launches some time in 2020, it will give its users access to the entire planet. Just spin the globe on an X-COM-style world map, zoom into the airport that you’d like to start at, and you’re ready to go.

Assets will not only include all of our planet’s 197 million square miles of land and water, but more than 2 million cities and over 40,000 individual airports. To achieve this, developers at Asobo Studio are tapping directly into Microsoft’s Bing Maps dataset. Flight Simulator will draw from two of the service’s three available petabytes of geographical information. That includes satellite imagery and 3D photogrammetry data, with some resolutions down to just three centimeters.


This was Microsoft's gutsy effort to impress upon visiting journalists how good the company thought MSFS was in its current, pre-alpha state. I say "gutsy" because it's crazy to put a real-life flight up against a computer version in terms of visuals. Asobo has delivered a phenomenal rendering engine that juggles a mix of satellite data, machine-learning calculations, and procedurally generated buildings and terrain. It looks amazing on a computer, but I'm not crazy: the real thing looks better.

But the feeling of flight? Well, gosh. I'm barely an hour into the 100+ hours of flight time needed before I might qualify as licensed, so this is as anecdotal as it gets. But my time testing MSFS did a remarkable job of preparing me for the exact touch and execution needed to fly comfortably and reliably in the skies above Renton. 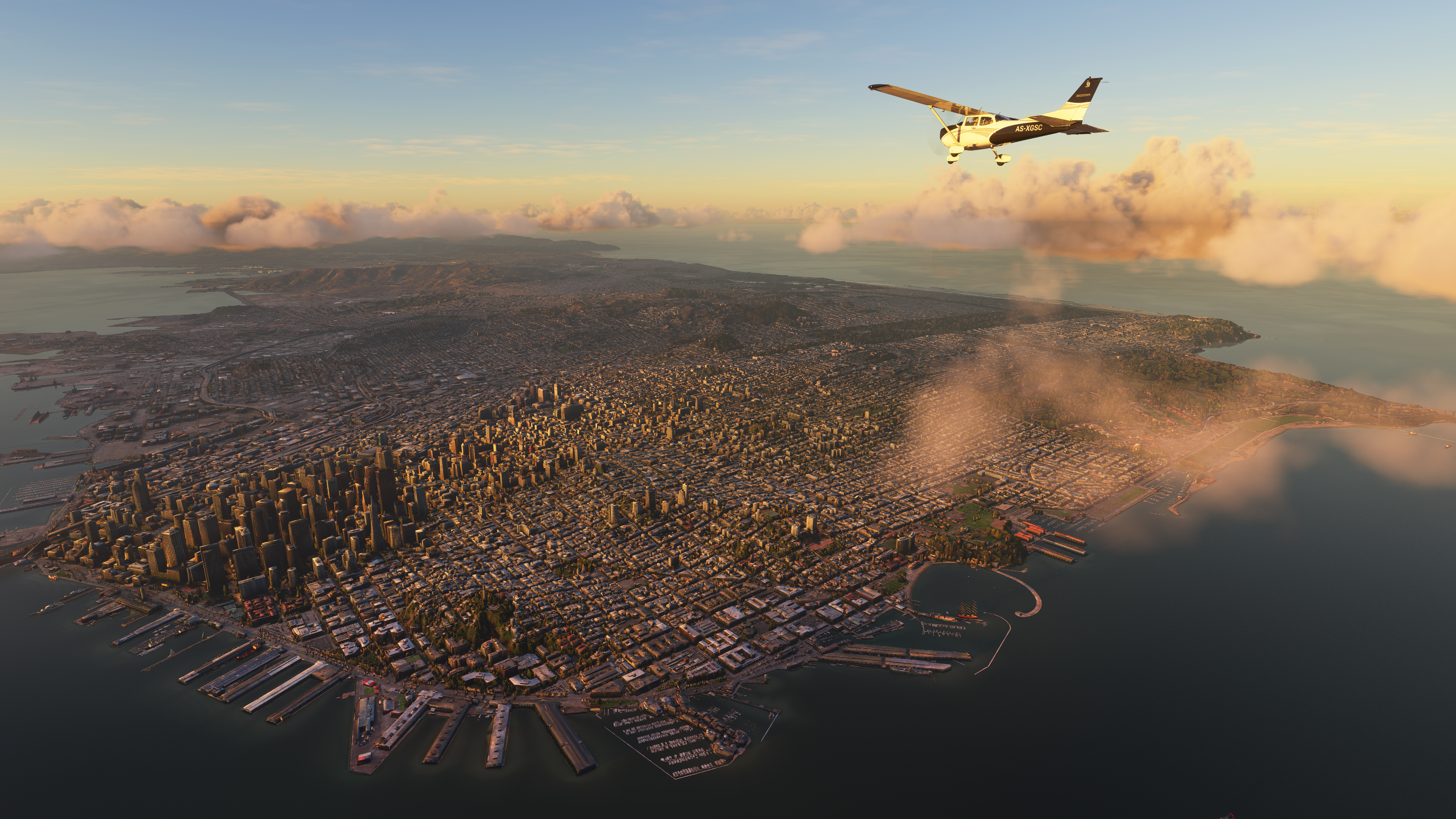 
phpBB [video]
Done
Out into the foggy street. Turn your collar up.
Top